Bolton College's Emilio Boaro is a 'Student of the Year' finalist 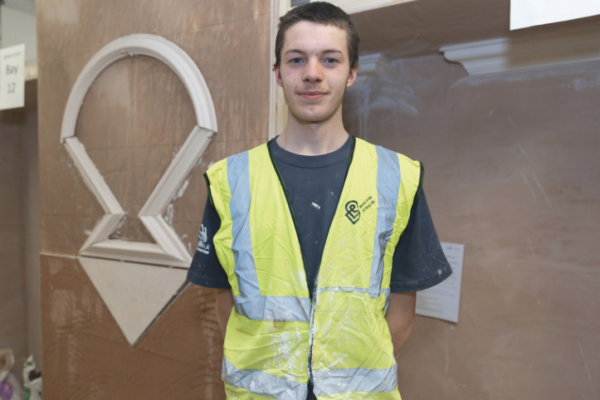 Now in its 9th year, the prestigious Plaisterers' Company 'Student of the Year Award' has again attracted a significant number of excellent applicants.  The judges eventually settled on the final three candidates, including Bolton College student Emilio Boaro.  All of the entrants will, in due course, receive a certificate of commendation.

Emilio and the other two finalists will be invited to attend the Gala Awards Lunch at Plaisterers’ Hall in London on Monday 25th November 2019 when the final results will be announced.  All three finalists will receive inscribed copies of Millars, the Plasterers’ Bible.  The winner and runner-up will each receive a monetary prize.  The Awards will be presented by the Lord Mayor of the City of London, Alderman William Russell, who will be attending the lunch along with many other leading figures in the plastering industry, the world of construction and the City of London.

Emilio has only been a student at Bolton College for a year where he has developed his love for plastering which he discovered whilst still at school.  He has combined his studies with part-time work to enable him to help support his family.  His work placement with ‘Bolton at Home’ was a great success.  In February 2019, although only qualified at Level 1, Emilio won the Greater Manchester Construction Trades Competition at Level 2.  He will compete in the national Finals in October 2019.  His tutor at Bolton College, Mark Jones, says: “Emilio is living the dream; he is an inspiration to others and a great ambassador for his College and the industry."

The Master of the Worshipful Company of Plaisterers, Alderman Alison Gowman said: "The finalists for student of the year show the range of individuals who are keen to learn a new and rewarding skill at any age.  Encouraged by their colleges and lecturers they have all shown exceptional ability and commitment. They are all pursuing a course and career that will be rewarding to themselves and is needed for the current UK economy and business."

We will keep you updated on how Emilio does. In the meantime, if you're interested in a plastering course, click here.